CITES CoP18: What you need to know about the upcoming international wildlife conference | WWF

CITES CoP18: What you need to know about the upcoming international wildlife conference 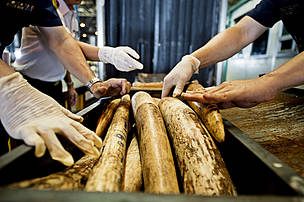 Seized Shipment of Illegal African Elephant Tusks.
© WWF / James Morgan
From August 17-28, 2019, 183 Governments from around the globe will meet in Geneva, Switzerland, for the 18th Conference of the Parties (CoP18) to the Convention on the International Trade in Endangered Species (CITES).
The meeting will bring together world governments, national and international enforcement agencies, and NGOs to review progress on wildlife trade issues, update international trade regulations for threatened species, and strengthen the management of this trade.

At a time when the world’s wildlife faces enormous pressure - and in some cases, severe decline - due to unsustainable and poorly managed trade, CoP18 provides a critical opportunity to protect a number of species and species groups including iconic ones such as elephants, tigers, and marine turtles.

Heading into CoP18, WWF urges governments to recognize the serious threat of unsustainable wildlife trade, to acknowledge the key drivers of this trade, and to hold other governments accountable for failing to meet commitments to protecting threatened species.

With a number of key issues and species standing to gain or lose in Geneva, here are a few worth keeping an eye on.

SEVEN ISSUES TO WATCH IN GENEVA:
Vietnam’s role in wildlife trade:
Now the largest consumer market for ivory products, having surpassed China, Vietnam is also the largest demand market for rhino horn and has been identified as a major concern for the trade of tiger parts, precious timbers and pangolin scale products. At CoP18, WWF will be calling for greater attention to Vietnam’s role as a consumer and transit country for these and other illegally sourced and traded products. We will urge CITES to initiate a compliance process, similar to others already underway for Lao PDR, Nigeria, the Democratic Republic of Congo and Guinea. This process, mandated under the Convention, requires CITES’ governing bodies to work with the country to identify the key problems, but can also lead to sanctions if it becomes apparent that there is a lack of political will to address them.

Elephants and ivory:
CITES has an enormous role to play in protecting one of the world’s most iconic animals – elephants – and indeed there are 11 items on the CoP18 agenda relating to elephants and ivory. Under current regulations, all commercial trade in elephant ivory is banned. However, many countries where ivory is poached, trafficked, or sold have not lived up to their commitments to help end the illegal ivory trade and accompanying decline of elephant populations. WWF believes CITES should focus its efforts to address the key issues around the poaching and trafficking of ivory, namely countries adhering to national plans to minimize their role in this trade. Now that China has closed its own domestic ivory markets, the focus must be on markets in neighbouring countries Vietnam in particular - many of them openly trading ivory in breach of national laws.

Tiger farms:
CoP18 presents an opportunity for China and several neighboring countries to make progress toward shutting down captive tiger facilities, which pose a serious threat to tiger conservation. These so-called tiger ‘farms’ contribute to illegal trade, threatening to stimulate demand and in turn poaching of tigers in the wild. For now, China has banned all trade in tiger parts, but the continued existence of tiger farms there creates political pressure to reopen this trade, while in Vietnam, Laos, and Thailand there is mounting evidence of tiger parts from farms leaking into black market trade. In addition to calling on these governments to take meaningful and time-bound action to phase out tiger farms, WWF supports strengthened cross-border efforts to tackle the illegal trade in tiger parts.

Communities and livelihoods:
CoP18 will consider six agenda documents on the voice of rural communities in wildlife trade decisions and impacts on livelihoods. At CITES, we will continue to urge governments to include greater representation of rural communities in their delegations, believing this will be the most effective way to ensure community voices are heard. We also support measures to improve consideration of how wildlife trade decisions impact livelihoods, with a focus on practical measures that can help ensure that negative impacts can be mitigated and positive impacts enhanced. Ultimately, securing long-term community well-being with sound conservation outcomes should be a shared goal, and critical to the success of  CITES’ conservation objectives.

Hawksbill Turtles:
Another critical agenda item will address the trade in marine turtles. Whilst marine turtles have survived for 120 million years, six out of seven species are now assessed as vulnerable to critically endangered according to international conservation criteria, facing threats from poaching of eggs and meat, accidental capture in fishing gear, digestion of marine debris, and climate change. The Hawksbill turtle, in particular, is highly prized for its beautiful shell to make jewellery, ornaments, souvenirs or tools. Data gathered since 2015 shows Indonesia, Malaysia and Vietnam as major consumers of both Hawksbill and green turtles. WWF is calling for stronger recommendations to be directed at these and other countries involved in marine turtle trade, and for implementation of these recommendations to be followed up in subsequent CITES meetings.

World Heritage sites:
CoP18 presents an opportunity to build synergies between efforts to regulate international wildlife trade and efforts to protect the planet’s most unique natural and cultural places. Delegations will consider an agenda document proposing formal collaboration between the CITES Secretariat and the UNESCO World Heritage Center, which could expedite progress on common goals to tackle wildlife poaching and trafficking. World Heritage Sites are vital to conservation given their often abundant wildlife populations, including many species targeted for trade like elephants, rhinos, and rosewood. At the same time, poaching can threaten these sites’ World heritage status by negatively impacting local biodiversity and ecosystems and the people that depend on them. Strengthened partnership between the CITES Secretariat and the UNESCO World Heritage Center will help each better achieve its respective mission.

Sea Cucumbers:
Not blessed as a ‘charismatic’ creature, but critical for its role in the marine ecosystem, one type of sea cucumbers known as teatfish will be a highly debated topic at this meeting. WWF supports a proposal to add these species - which are prized in Asian cuisine and are extremely vulnerable to overfishing - to the list of species whose trade is regulated by CITES. Sea cucumbers play a vital ecological role in all the major oceans and seas of the world; they are instrumental in sediment cleaning, they help to increase sea-water alkalinity which helps protect reef ecosystems, and they play host to hundreds of parasites which enhance ecosystem biodiversity.  The latest data shows extensive decline in most fisheries, which is why WWF is supporting increased protections. 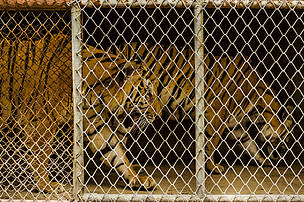 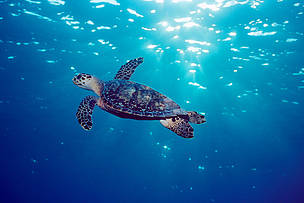 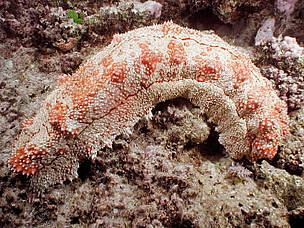 For centuries, sea cucumbers have been a popular food source, particularly in East Asia.
© WWF / Cat Holloway Enlarge
Like this article?